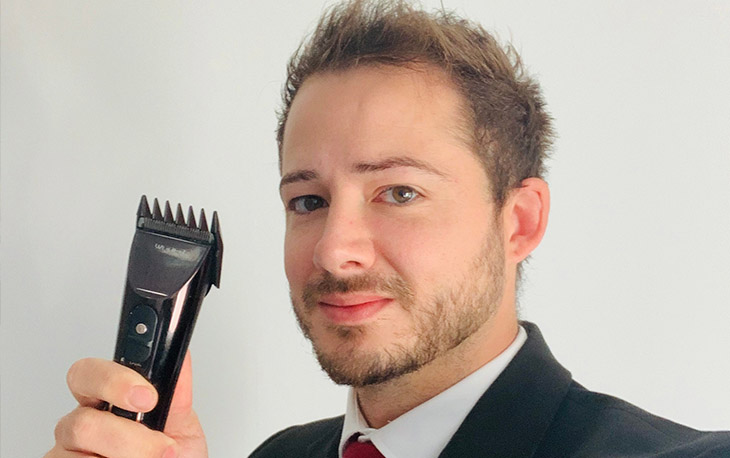 Our very own Funeral Director Lee Howard is braving the shave to raise much needed funds for St Wilfrid’s Hospice in Eastbourne which provides support for those in the final stages of their life.

Since the birth of his daughter Lee noticed his hairline had started to thin and has decided to shave it all off to raise as much as he can for the hospice which has supported so many people in the community.

Lee, is no stranger to fundraising for St Wilfrid’s, having most recently raised £570 by staying locked in Eastbourne’s Redoubt Fortress until reaching his target for the hospice’s Jail and Bail event.

Lee was scheduled to take part in the hospice’s Bubble Rush fundraiser in May, however after the event was delayed due to the COVID-19 outbreak, he decided to raise funds on his own.

The money Lee has raised so far through JustGiving, has already paid for a nurse in St Wilfrid’s in-patient unit for two days.

Donations can be made at www.justgiving.com/fundraising/lee-howard777 , Lee will livestream going under his fiancé’s clippers once he reaches his £600 fundraising target for the Hospice.

Nothing Stops a Macmillan Coffee Morning!