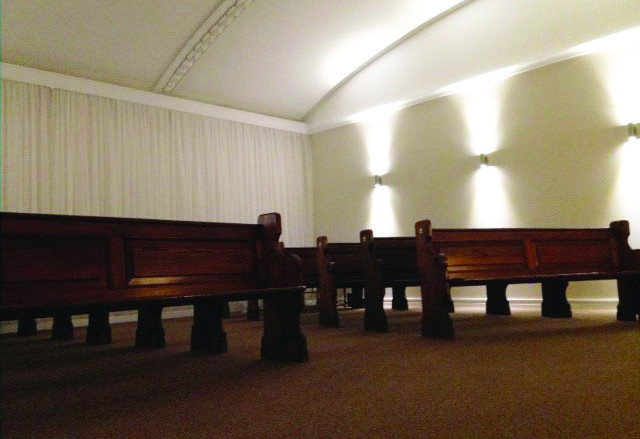 Lee Howard from Eastbourne’s Payne & Sons held an informal open day at the branch for local hospice and nursing home staff to come and see the unique building and its setting as a funeral home in the historic seaside town.

The former theatre called The Eastern Hall building was acquired by the Payne family back in 2010 and converted into a funeral directors serving Eastbourne and the surrounding area.

The open day was held as a ‘Turn Up and Go’ event, enabling carers and managers alike to make a visit in between their work commitments.

Richard Schacht, Area Development Manager for Sussex, said it proved particularly popular as those who visited did not feel pressured to attend at a set time and were able to enjoy an unhurried tour of all the facilities. They were shown what happens after death occurs and the various processes used by the funeral director.

Guests numbered in excess of 30 and all gave positive feedback about how informative the visit had been and how good it was to see the process so that they felt more informed when speaking to families about what happens.

Coffee and cake by the seaside